The low density KADANT Pulper Impeller was scanned with a laser FARO, directly at the paper production plant; subsequently in about a week the STL processing file was worked with a 3D manipulation program that allowed us to obtain all the useful measurements to reproduce the piece as per the original sample, thanks also to a further control of measurements, tolerances and clearances by the maintenance manager.

Originally made of AISI 304 steel, the impeller is produced using DUPLEX steel ensuring greater resistance to wear and corresponding to grade 4A. After defining all the measures, the tools useful to produce the foundry blank were implemented; subsequently the molten raw material was then deburred, treated and sandblasted with a preparation time from the dimensional survey of 45/60 days, to then move on to a final processing phase on machine tool, thanks to which the Impeller for Pulper KADANT is delivered packed to the customer in 90 days. 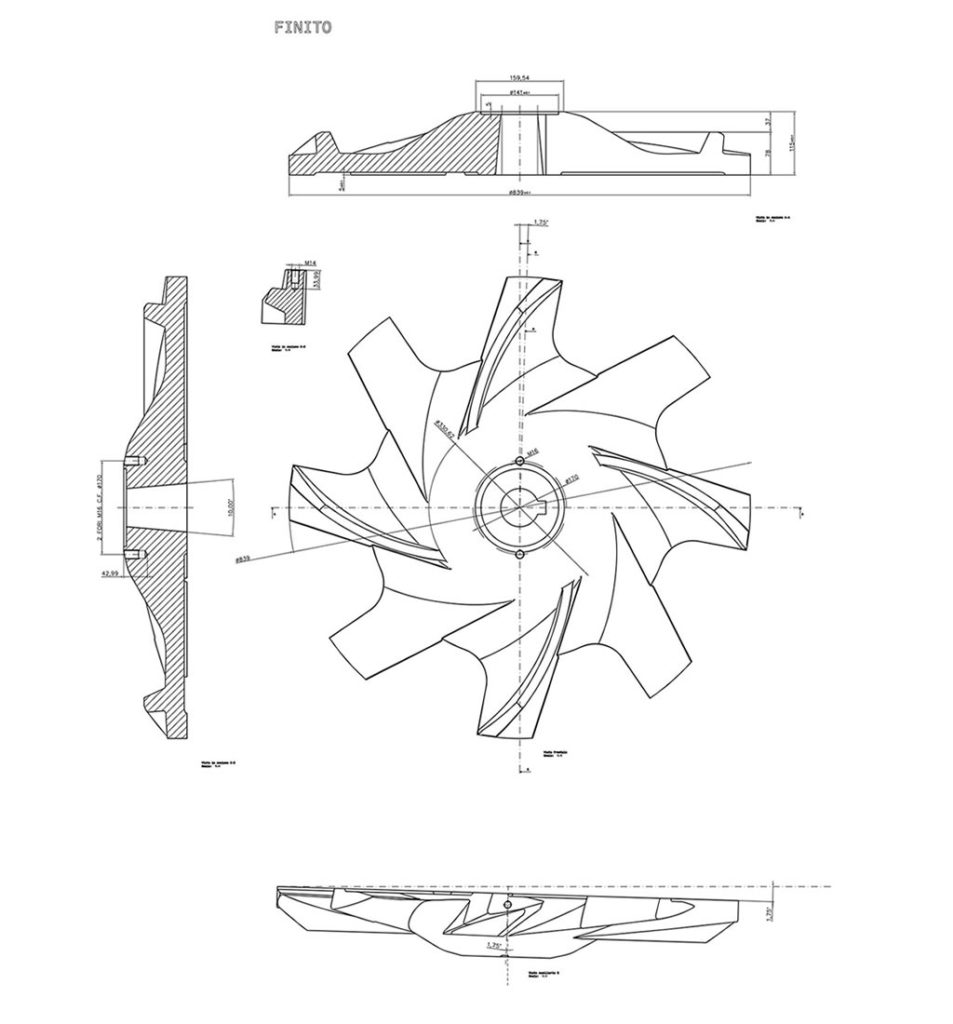